Coming to an anime convention for the first time can be an exciting experience! All kinds of people attend conventions, even people who aren't super into anime. Many people love their characters so much that they cosplay and come in costume. No matter what you intend to do, going to a pop culture convention can be incredibly fun!

1. Learn what to expect.

The first thing to do when attending a convention is to learn what to expect. Some conventions are different than others depending on the size of the convention!

Both types of conventions can be really fun, but each type is quite different! 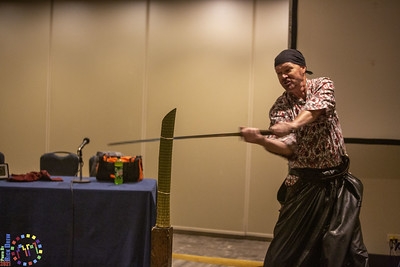 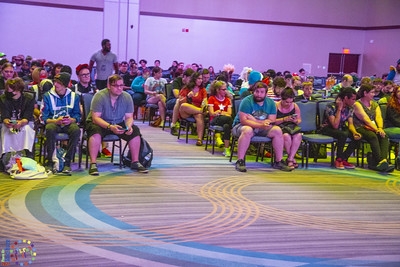 2. Plan what to spend money on.

Sometimes conventions can be cheap, and sometimes they can be expensive. Conventions that have a free ConSuite or ConSweet(TM) offer free snacks and sodas through the weekend so that you can recharge and save money. If you have to buy beverages from the hotel then expect prices to be higher than elsewhere. A 20oz soda bottle from the store may be $1, but at a hotel it may be $3 to $5 depending on the city, because the hotel has to make a larger profit as they sell less. So spending money on food and beverages is something to plan for.

Plan to spend money on the following things:

3. Make your costumes well in advance.

Costumes are optional! However it can be really fun to dress up as your favorite anime villain and terrorize the convention. Note that most conventions have policies against destructive behavior - actual villain behavior is not allowed. But getting to dress up like an anime character or video game character to hang out with your friends is great fun. If you're buying your costume, expect shipping to take a long time, even months! Don't wait to the last minute to order cosplay supplies if you are cosplaying!

Your costume doesn't have to actually be an anime character to attend. In fact many people's costumes are based on video games and movies instead. After all, there is significant overlap between different genres. For example, Pokemon was originally a video game, but now many people think about the anime instead. And Pikachu, who is a Pokemon, starred in a major Hollywood movie called Detective Pikachu with Ryan Reynolds. So choosing to be a character from your favorite video game or your favorite comic book is perfectly acceptable.

It's super easy to get so caught up in convention events that you forget to eat and drink plenty of water. So remember to drink water and snack throughout the day so that you don't collapse. This is especially important if you go to the convention dance or if you have a heavy costume.

You can bring your own backpack with water bottles to save on money. It's not a bad idea to bring snacky foods like granola bars and fruit snacks to keep your energy and blood sugar up. Without snacks and proper hydration the convention will not be nearly as fun to participate in.

If you're younger, bring a responsible adult with you to the convention. Make sure that someone is reachable in case of emergency by programming the emergency contact in your phone or having it written on a card in your wallet. Also make sure that you can be reached in case a family member is looking for you. Don't go anywhere with strangers at a convention, even if they have a fantastic costume.

Are you over 21+? Some conventions have parties or bars that serve alcoholic beverages. Most hotels do have a bar after all. Some even have anime cocktails. These places are expected to check the ID of all people to ensure you're legal age, but that doesn't mean you can then go wild. Only drink responsibly, and don't try to get hammered. Conventions are already exhausting, so liquor could affect people more strongly, especially if you haven't been hydrating properly.

Underage people should absolutely not drink at conventions. In fact, doing so violates the rules of nearly all conventions and can get you permanently blacklisted from the event and never allowed to return. Just don't risk it.

Sometimes guests cancel at the last minute (flight cancellations are happening more and more frequently last minute). Or sometimes panels won't happen that you expected. Try not to plan your entire convention experience around just one event, in case something happens to that event.

The same can be said for costumes. Have a backup plan in case your wig or costume accessory does not arrive in time. 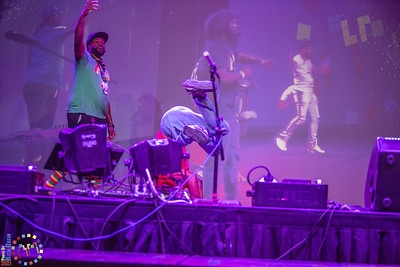 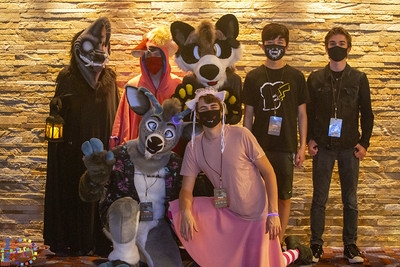 7. Bring friends with you.

Conventions are definitely social events! Dressing up in costume and hanging out with friends who like the same series is a huge part of the experience. If you love anime, video games, comic books, Disney movies, or anything else, enjoying it with others is more fun. Sometimes it can be stressful to wander the halls alone for hours, so make sure that your nerdy friends come with you. If you can't bring any otaku friends with you, then consider talking to people in lines and in panels and during tabletop games to make new friends.

The best ways to make friends at the convention include participating in our various panels and events and discussing cosplay and anime. Everyone attending already shares similar interests, so it should be easy to find people who like the same shows!

Make a lot of friends and buy a ton of anime swag! Anime conventions are some of the coolest festivals in the world, and there's nothing more exciting than packing your stuff to head off to Anime Midwest in Chicago to celebrate the love of anime with nearly 20,000 other fans of anime. So prepare yourself for an amazing weekend!